← more from
Time Capsule
Get fresh music recommendations delivered to your inbox every Friday.
We've updated our Terms of Use. You can review the changes here. 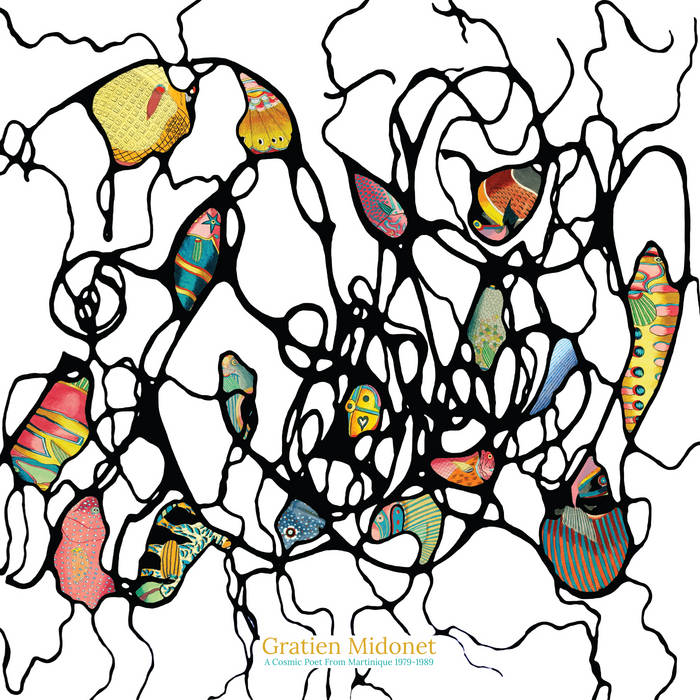 Joao Sousa Midonet is a big surprise for me! I am already in love with the cosmic power of his music, its energy, movement, spirit. Amazing collection. Favorite track: Maché Kochi.

“I always broke free from the rules, from codes being too narrow,” says poet, musician and sonic shaman Gratien Midonet. “I have always had this sense of peaceful knowledge that there is no separation between genres, beings and universal things.”

For Midonet, pushing musical boundaries was less a choice than an extension of his spirit. A self-taught guitarist and composer, drawing on his childhood memories of bélé and beguine rhythms, Midonet’s musical life developed in parallel to his academic and spiritual pursuits. Studying philosophy and psychopedagogy in France, it was his fascination with pan-Africanism and animism which fuelled the transcendent energy of his music.

Although Midonet honed his sound in France, the four albums he released during the late ‘70s and ‘80s were heavily inspired by diasporic nostalgia, or what he describes as the “smells and colours… subliminal noises… fruity notes, the memories of funeral wakes, the bombastic organ of the cathedral and the gasps of the drums” of his childhood home on the Caribbean island of Martinique.

Fittingly, it’s there that Midonet achieved cult status for the title track of his 1979 debut, Van An Lévè, which became a protest anthem for the island’s independence movement, and was briefly censored by the French authorities. Look no further than ‘Mari Rhont Ouve La Pot’, which opens this collection, to hear the propulsive mix of cosmic synths, acoustic folk, and Creole lyricism that became the essence of Midonet’s sound.

Not content to skip effortlessly between genres and influences, Midonet also began pushing the boundaries of the album form itself. His third album, Bourg La Folie, released in 1984, was a soundtrack for a lost film about the mysticisms of carnival, while his fourth, Fô Ou Tchimbé, took the form of a ‘conte musical’ (a narrated story accompanied by music) presented at the Pompidou Centre, and spoke to Midonet’s literary prowess as a fierce proponent of the Creole language.

As Lassonde writes in the liner notes: “Midonet’s musical world is cosmic, mystical and he has created his own idiosyncratic style around it: not plain folk, not bélé, chouval bwa, beguine or gwoka, but rather a transcendental fusion of all these and a true reflection of his personality.”

Now based on the South Pacific island of New Caledonia, Midonet and his message of musical unity are ready to resonate once more.

“I always broke free from the rules, from codes being too narrow,” says poet, musician and sonic shaman Gratien Midonet. “I have always had this sense of peaceful knowledge that there is no separation between genres, beings and universal things.”

Not plain folk, not bélè, chouval bwa, beguine or gwoka but a transcendental fusion of all these and a true reflection of his personality. ... more

Bandcamp Daily  your guide to the world of Bandcamp